Cravings Brunch Buffet, March 2013
Now let’s start with making clear we’re not all that into buffets. This might sound snobby but we don’t like to stand in line for our meal and since buffet prices have gone up significantly in Las Vegas during the last couple of years we wondered why anybody would go anymore. In the past buffets seemed to be a bargain and we could see why people would want to go there. Nowadays, the kind of money some of these places charge for a buffet also buys you a decent meal at a quality restaurant where your food and drinks are being served at your table. But since we found a great deal on the internet for the Cravings Buffet we decided to give it a try anyhow. Through this internet offer we paid $26 for two for the brunch buffet, unlimited champagne included. In our opinion, that’s a reasonable price for a buffet (even without the unlimited champagne).

We arrived around 1 p.m. and there was no waiting line. They brought us to our table right away and the buffet restaurant was filled to about half of its capacity. Now, if you’re a buffet newby, make sure you don’t start to pile that food onto your plate at the first food station. Normally buffets have so many different dishes to offer it makes sense to walk around first and have a close look at all the offerings. Need some more convincing? Here’s a selection of pictures of all the different foods we found at the Cravings Buffet. 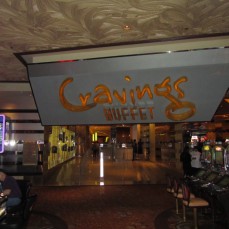 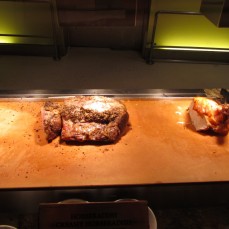 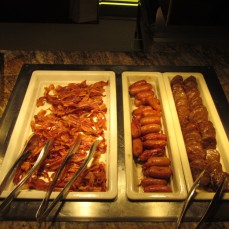 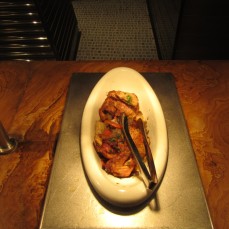 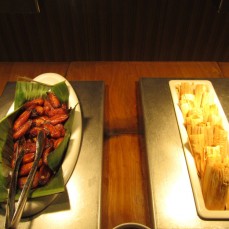 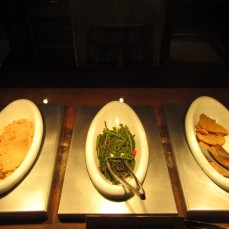 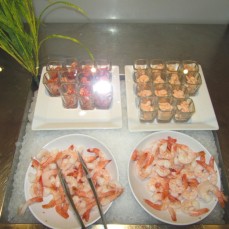 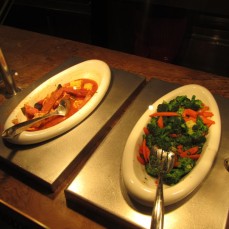 There was an Italian section with pastas and pizza, a meat stand with prime rib, turkey, bacon, sausage, BBQ flank steak and more. There also was a Chinese section, seafood section, various breads, desserts, noodle section and more.

First we took the bacon, fish and chips, turkey, flank steak, green beans, roasted peppers and prime rib. All the food was very good, especially the bacon, BBQ flank steak, fish and chips. When you keep steak warm like they do at a buffet, it can get chewy. This was not the case with the BBQ flank steak. It was tender and had just the right amount of BBQ marinade. You could still taste the meat and combined with the BBQ marinade it was a perfect and tasteful piece of meat. Only the green beans lacked flavor. They could have used some seasoning.

We ended with desserts. We took some small donuts, tiramisu, brownies, chocolate mud slides and crème brulee. The brownies were a disappointment. They were too dry and had a real thick layer of caramel on top which made them hard to chew or swallow. The miniature donuts on the other hand were very good. Some of them had raspberry or vanilla fillings. All in all, this was a very good buffet. We were pleasantly surprised, especially because we’re not of the buffet loving kind. We thoroughly enjoyed it and using the Travelzoo deal made it a steal! Try Cravings if you have the chance! 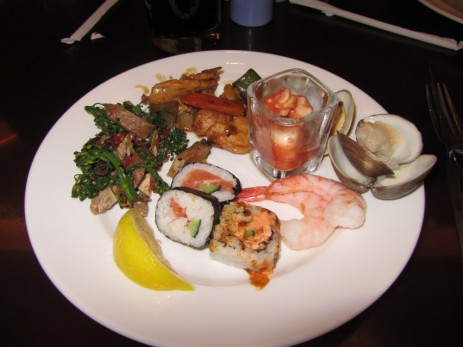 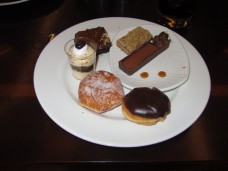 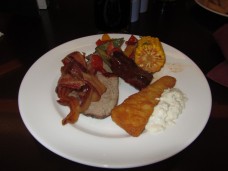 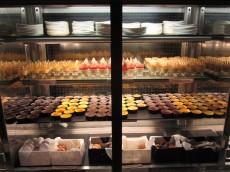 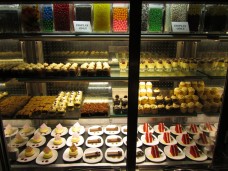 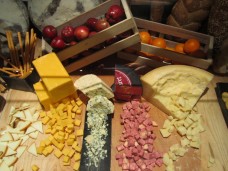 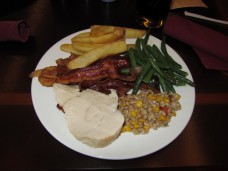 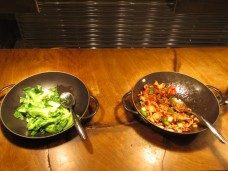 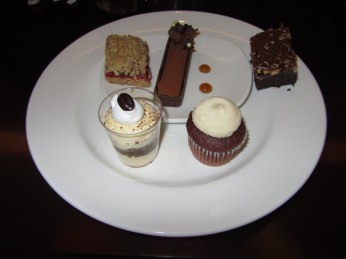 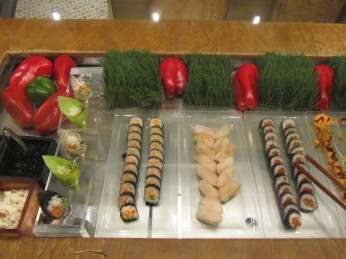 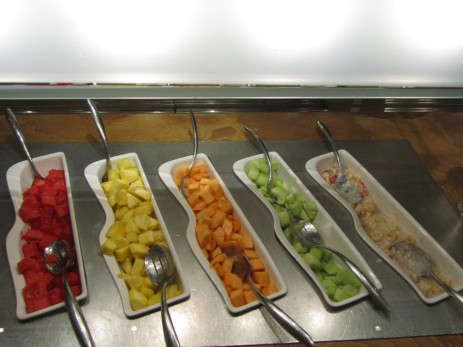 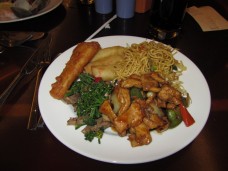 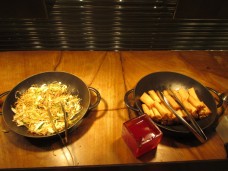 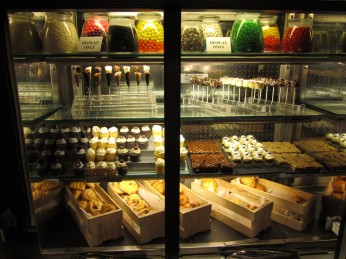 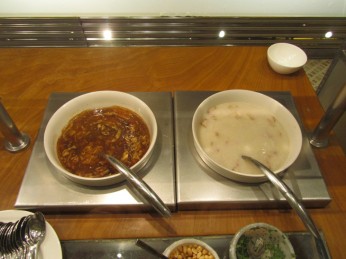