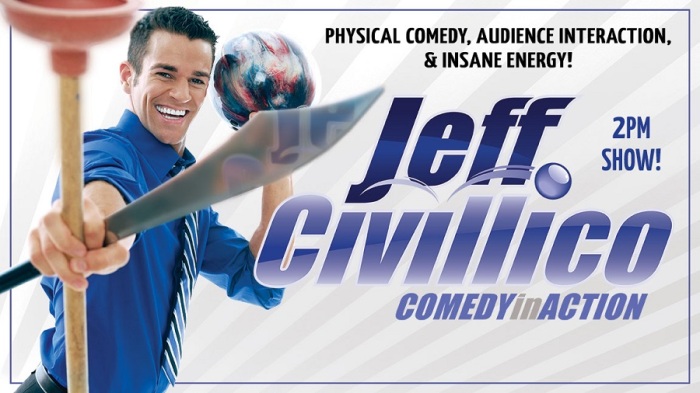 Jeff Civillio “Comedy in Action”
The information and review of this show was sent to us by Nicole Marshall, Director of Sales at Staybridge Suites Las Vegas.

Jeff Civillico started his new headliner show “Comedy In Action” in 2013 at The Linq Resort & Casino. His show is filled with audience interaction, physical comedy, stunts and juggling. It is a 4:00 pm family/child friendly show and performances are scheduled on each Sunday, Monday, Wednesday and Saturday.

This is a great family friendly show at the Linq. Enter through the front entrance (valet), go in to the left and on the left you will see a set of escalators. Go up and the showroom and box office are right there.

The showroom is small and intimate, so there is not a bad seat in the house. It’s set up old-Vegas style with tables and booths. I recommend spending the few extra dollars and getting the booth seating as there will be more room and more comfy seating. The opening act we saw was a contortionist from America’s Got Talent. I was both amazed and grossed out all at the same time. 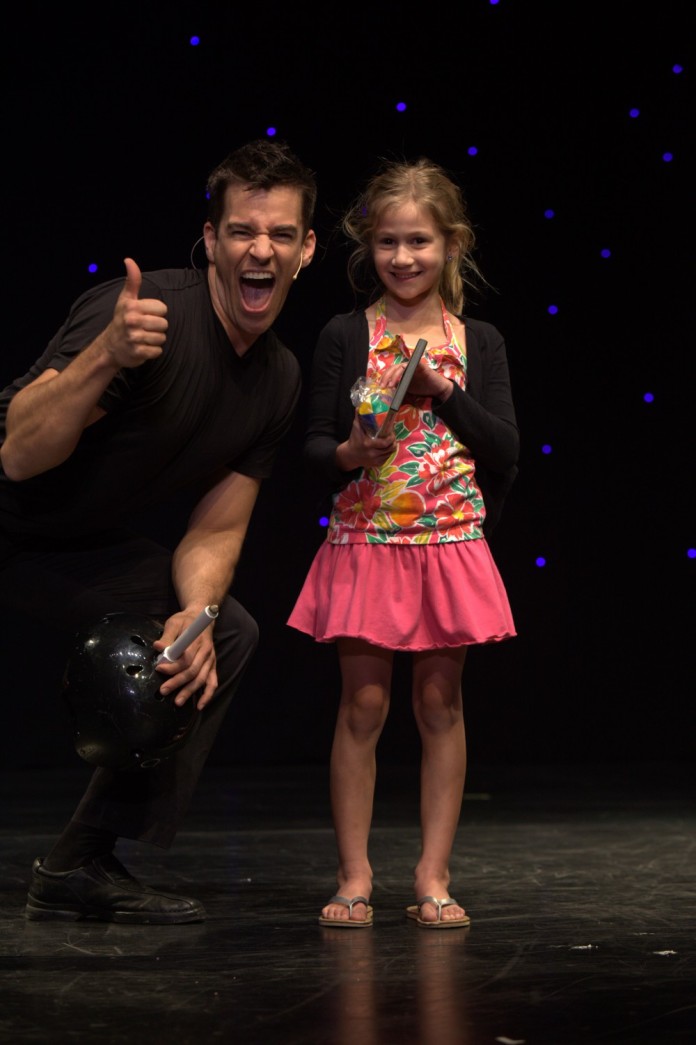 Jeff has an amazing talent for balance and shows this off with balancing various things on his head, juggling and even riding a unicycle. Now, I know what you are thinking, however it is not circus-cheesy. He adlibs comedy into his act and with the audience participation, it’s different and fresh each time. My party ranged from ages 8-65 and we all had a blast! His show is self produced, so I think it gives him more freedom to be expressive and really cater to the crowd. It’s an afternoon show (2:00pm) so you can easily fit it into your schedule. I would see the show while the prices are still amazing . Once a bigger hotel picks him up the prices are sure to go way up.

#1 Con: It’s a tie between being too short (I wanted more!) and being in the Linq.

Now, while we generally share Nicole’s opinion about every aspect of Las Vegas we do disagree with part of her “Con” for this show. It’s not a shame that it’s at the Linq. The overall condition of the resort has improved dramatically since the latest renovations and we have to admit: we like what they’ve done with the place. As soon as they renovate all the guest rooms as well this will actually be a decent mid-level resort (as long as they don’t jack up the prices considerably). 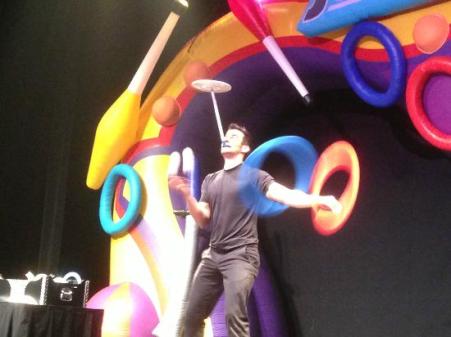 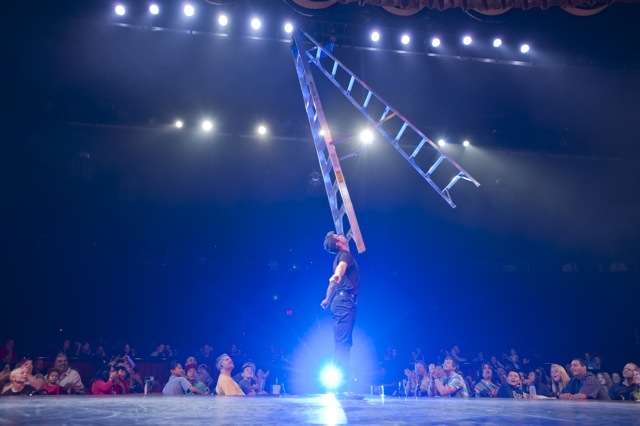