We found a deal on the Travelzoo website and decided to give it a try: Buffet dinner for two with unlimited beer and wine for $39 (regular price is $52). We arrived around 6 p.m. on a Saturday evening and about half of the tables were occupied. Tonight they were offering their seafood selection which they do every weekend. We were seated in the middle of the buffet restaurant and received our drinks within a couple of minutes. First, let’s have a look at the food selection. We walked around and took a lot of pictures. The Palms Bistro Buffet is one of the smaller buffets in Vegas. The food selection is limited compared to other buffets. 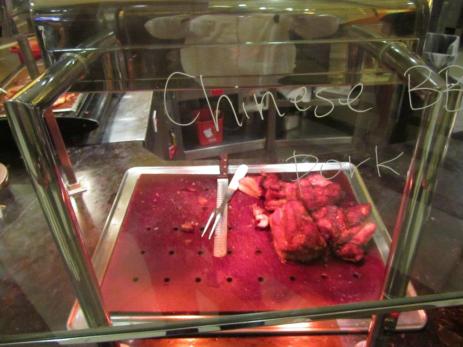 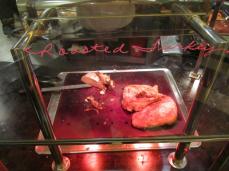 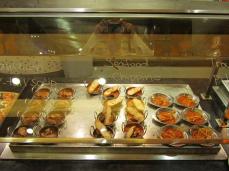 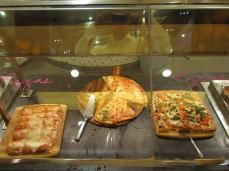 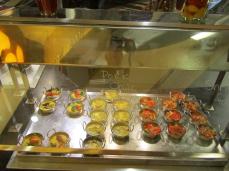 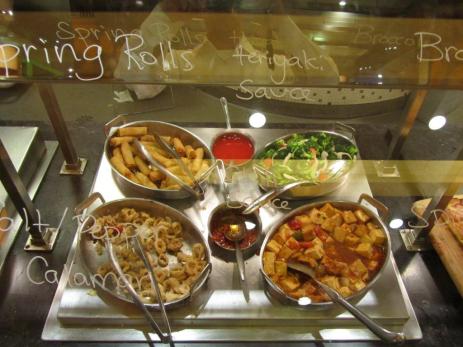 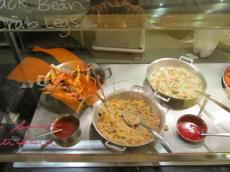 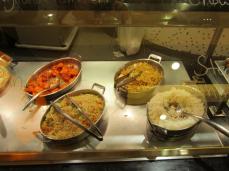 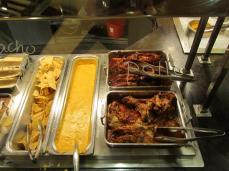 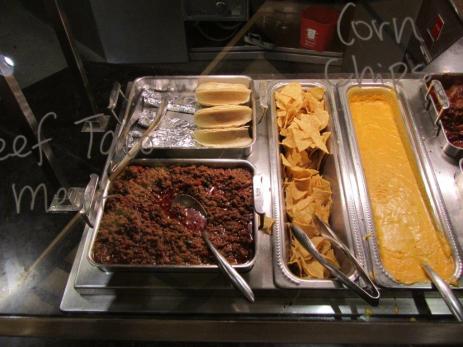 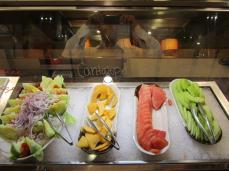 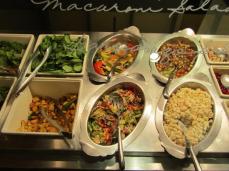 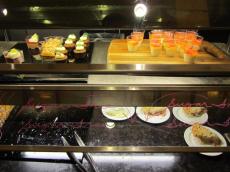 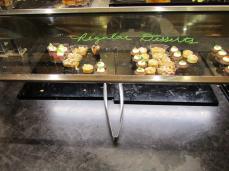 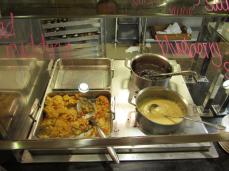 Time to try out the food! We got ourselves some calamari, mussles, crawfish, pizza, turkey, steak, shrimp, pasta salad and olives. The calamari were nice. Not too chewy which can happen when the calamari are old or of low quality. The crawfish and mussles were good too. Mussles actually are a Dutch specialty since we have them a lot. Needless to say, they were not as good as we get them at home but we still enjoyed them. The steak was a little tough which can happen very fast when you cook those thin slices too long. The pizza and turkey were very good. The shrimp were watery and had no taste at all, very disappointing. 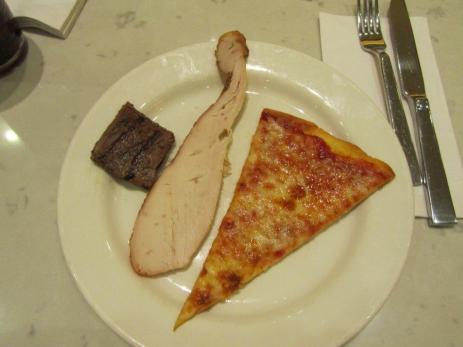 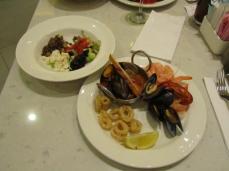 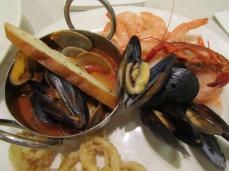 After our first round of food we kept our dirty dishes on the table, waiting for the staff to pick them up. This didn’t happen for quite some time so we decided to put the dirty dished on the empty table next to us. We left for a second round of food and when we returned to our table one of the servers walked up to us and asked us to keep the dirty dishes on our table until they picked them up. That kinda came as a surprise to us. They obvioulsy noticed that we moved our dirty dishes to the table next to us but they didn’t notice they left our dirty dishes on the table for at least 15 minutes. So, that rubbed us the wrong way a bit. If they would have paid a little more attention they would have picked up our dirty plates a little sooner.

We went for our second round of food and a plate of desserts. We got some Chinese food, noodles, spring rolls, orange chicken and broccoli. We also tried another selection of seafood items. Well, the Chinese food wasn’t anything special unfortunately. We love Chinese food but we were very disappointed. The spring rolls were just ok and the orange chicken and noodles taste a lot better at Panda Express. We also got ourselves a plate of desserts and in our opinion the quality of desserts can make or break a buffet. Most of the desserts we tried tasted stale and old. So yet another disappointment. At this point we decided we had seen and tasted enough. No reason to try any of the other desserts because they probably weren’t going to taste better. 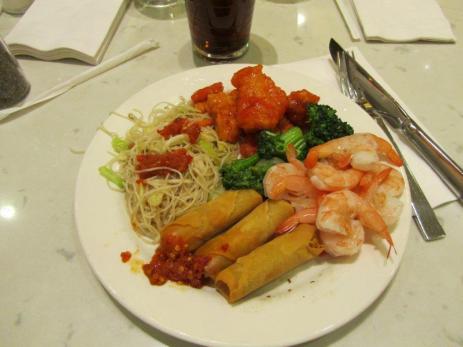 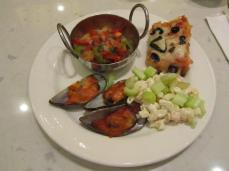 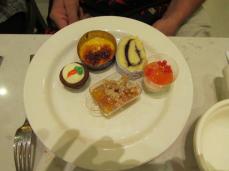 Our final verdict: let’s just say we won’t be coming back. We wouldn’t even take the time to drive over to the Palms if the buffet was comped. Totally not worth the money even if it was cheap. The food was average at best and the service was bad. With so many buffets and restaurants in Vegas we’re really surprised this buffet is still in business.